McKenney and Hall's hand colored lithographs remain some of the most beautiful records of Native Americans ever produced in the nineteenth century. Oil paintings were done as formal studio portraits of tribal leaders and members of their parties who came to Washington to sign treaties.  Thomas McKenney who was the head of the Department of War, commissioned the paintings and oversaw the growing collection.  His expenditures on the portrait gallery were not looked upon favorably in Washington, and he eventually lost his appointment.  His next endeavor was to have the oil portraits published as a series of hand colored lithographs. Most of the paintings were lost in a tragic fire at the Smithsonian in 1865, so these lithographs have become an important historic record of Native American people. 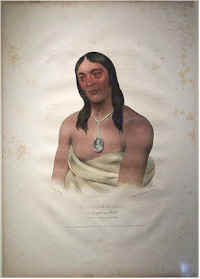 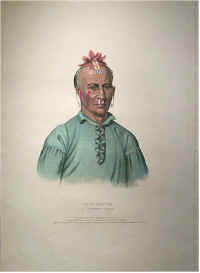 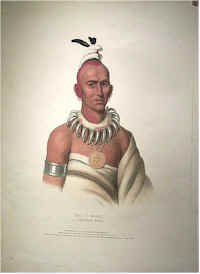 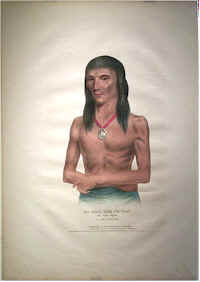 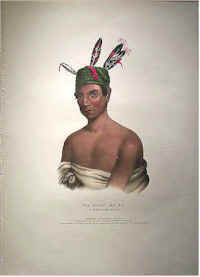 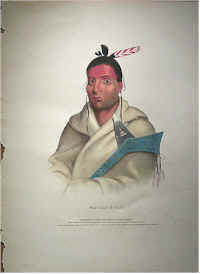